Our journey through Scotland took us to some of the most beautiful scenery on earth.  And some of the … um …  ah …. er …. quaintest, ya that’s the word, quaintest hotels.  Our hotels were, for the most part, built sometime in the mid- to late-1800s.  Let’s just say that the electricity and en suite plumbing were not original equipment and even in the big cities, air conditioning is accomplished by opening the window.  The showers were smaller than the one in our motorhome and the temperature control of the water was erratic.  While all the hotels had wifi available, it wasn’t always functional.  The layouts of most of them was maze-like with most turns accompanied by one or two steps up or down.  Some had elevators that were only reached by climbing stairs, others had no elevators at all.

This charming hotel was at Balmacara, near Kyle of Lochalsh.

But what these little places lacked in modernity, was made up for in their gorgeous environment.  Our view out the  back of this one included this ancient rock wall.

And the loch out front was beautiful in the evening mist. 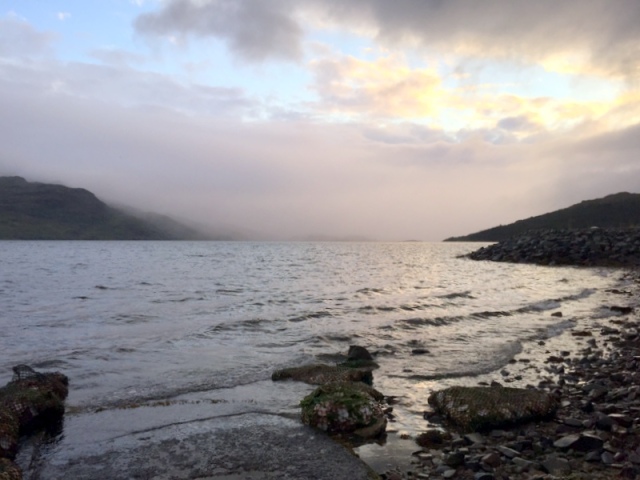 Nom, Play, LOL ;-)
View all posts by cweenmj →
This entry was posted in Home. Bookmark the permalink.